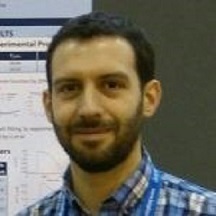 His research interests are focused on the mathematical modeling of the electrical activity of the cardiac cells. In particular, he is working in a new electrophisiological model of the human ventricular cells. He has participated in several national research projects. Since 2011, he works as lecturer at the University San Jorge (Zaragoza, Spain).

Proceedings of the XLVI International Conference on Computing in Cardiology, Singapore, 2019.

Wearable Monitoring for the Detection of Nocturnal Agitation in Dementia Conferencia

Proceedings of the 6th International Joint Conference on Pervasive and Embedded Computing and Communication Systems, 2016.

In Silico Simulations of Experimental Protocols for Cardiac Modeling Conferencia