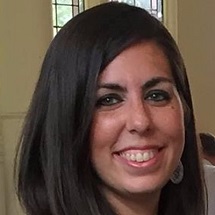 Margarita Segovia Roldán (PhD), graduated in Biology at the University of Seville (Spain) in 2006. At the end of that year, she joined the Department of Medical Physiology and Biophysiscs at the University of Seville to study the mechanisms of Neurosecretion through Electrophysiological and Electrochemical techniques as Patch-amperometry and conventional Amperometry. Margarita obtained her PhD under the supervision of Prof. Álvarez de Toledo and Dr. Alés in 2012, which was focused on Electrophysiology. In November 2012 she joined Prof. Salinas laboratory in the LMCB-MRC building at UCL (London, UK) as a Postdoctoral Research Associate, to study the role of Wnt signalling in the mechanism underlying synaptic plasticity in Alzheimer´s disease. In 2015 she moved to the region of South-Yorkshire in UK, to join the Sheffield Institute for Translational Neuroscience (SITraN) under the supervision of Prof. Dame Pamela Shaw. As a Research Associate at SITraN, Margarita studied the mechanism underlying ALS, using Electrophysiology and iPS cells as the main tools for that aim. In addition, Margarita was member of the society of Spanish Researchers in the UK (SRUK/CERU) where she collaborated on Science dissemination activities and events.

In 2019, she joined BSICoS at the Aragon Institute of Engineering Research (I3A) of the University of Zaragoza as Postdoctoral Research Associate in the project MODELAGE lead by Dr Esther Pueyo. Her current research activity is focused on understanding human cardiac aging and other cardiac conditions using electrophysiological signals from cardiac tissues in order to integrate the experimental data in computational biology.