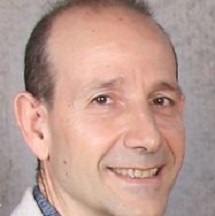 Pablo V. García was born in Zaragoza, Spain, in 1959. He received the M.S degrees in Physics at Universidad Autónoma de Madrid and in Telecommunication Engineering at Politécnica de Madrid in 1986 and 1988 respectively, and in 1987 Faculativo Superior by competition exam at Telefonica Telefónica Research and Development (TID).

From 1987 to 1997 he was a researcher in Telefónica Research and Development, focused on Electronics and mainly in Electromagnetic Compatibility (EMC): Optical Communications, Noise Reduction in Equipments and Systems, Railway Traction Lines Disturbances in Telecom Systems, Grounding and Bonding, Earthing Systems at Base Stations and Switching Facilities, Lightning Discharge Protection in Telecommunication Facilities, EMC pre-requisites for the Spanish Minisatellite MSAT 01 (INTA), Biological Effects of Mobile Radiations (EURESCOM project S61), etc.

From 1998 to 2012 he joined Telefónica de España focused on Data Mining, Strategy, and Management in Operation and Maintenance.

From 1987-2012 he has worked in Telefónica and Telefónica Research and Development in positions of expert, project leader, and Chief of Technical Audit. From this period there are 2 patents, one book and 22 contributions in several congresses and reviews.

He is currently Ph.D. student in Biomedical Engineering at Zaragoza University interested in modelling the influence of the Autonomous Nervous System Neural Code on the onset of arrhythmias in the Atria.