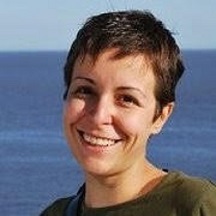 After finishing her PhD, she moved to the University of Oxford where she held a postdoctoral research position (2011-2012) at the Institute of Biomedical Engineering under the supervision of Prof. Gari Clifford. From 2012 to 2013 she worked as a postdoctoral researcher at the Biomedical Research Networking Center in Bioengineering, Biomaterials and Nanomedicine (CIBER-BBN) and also as a part-time lecturer in the Department of Computer Science of the University of Zaragoza.

In 2013 she moved to Universidad San Jorge, Zaragoza, Spain, where she is currently an Assistant Professor (Profesora Contratada Doctora) at the School of Architecture and Technology. Her research interests are focused on the application of computational techniques for cellular electrical modelling and for the processing of biomedical signals.

Proceedings of the XLVI International Conference on Computing in Cardiology, Singapore, 2019.

Proceedings of the XLIV International Conference on Computing in Cardiology, Rennes, France, 2017.

Wearable Monitoring for the Detection of Nocturnal Agitation in Dementia Conferencia

Proceedings of the 6th International Joint Conference on Pervasive and Embedded Computing and Communication Systems, 2016.

8th CONFERENCE OF THE EUROPEAN STUDY GROUP ON CARDIOVASCULAR OSCILLATIONS, 2014.

Multilead analysis of T-wave alternans in the electrocardiogram Tesis doctoral