Diego García, finalist in the Young Researcher Award at the Computing in Cardiology Conference

“Ventilatory Thresholds Estimation Based on ECG-derived Respiratory Rate” is the work presented by Diego García, BSiCoS researcher, at the Compunting in Cardiology Conference, held in Brno (Czech Republic) between 12 and 15 September. Young Researcher Award (YIA) finalist.

The purpose of this work is to study the feasibility of estimating the first and second ventilatory thresholds (VT1 and VT2, respectively) by using electrocardiogram (ECG)-derived respiratory rate during exercise testing. The ECGs of 25 healthy volunteers during cycle ergometer exercise test with increasing workload were analyzed.

Time-varying respiratory rate was estimated from an ECG-derived respiration signal obtained from QRS slopes’ range method. VT1 and VT2 were estimated as the points of maximum change in respiratory rate slope using polynomial spline smoothing. Reference VT1 and VT2 were determined from the ventilatory equivalents of O2 and CO2. Estimation errors of -13.96(54.84) W for VT1 and -8.06(39.63) W for VT2 (median (interquartile range)) were obtained, suggesting that ventilatory thresholds can be estimated from solely the ECG signal.

In addition to Diego García, seven researchers from our team were at this year’s edition of the Computing in Cardiology (CinC) Conference: 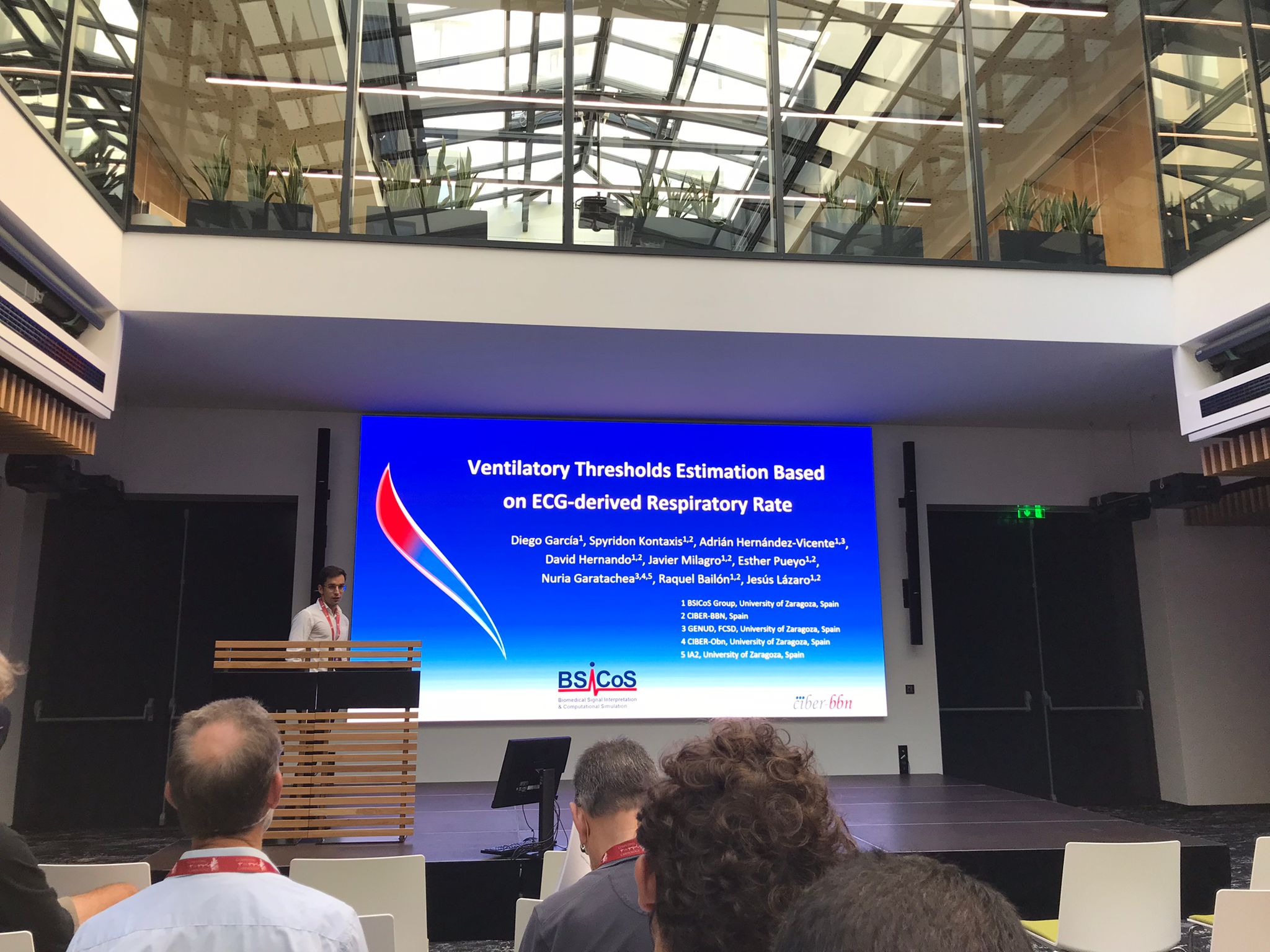