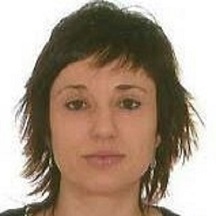 Laura Ordovás was born in Zaragoza, Spain, in 1979. She received her M.Sc degree in Biochemistry in 2002 and the PhD degree in Genetics and Development in December 2006, both at the University of Zaragoza.

After a two-year post-doc in her PhD lab, in January 2009 and till mid-2014, she joined the Stem Cell Institute of the Katholiek Universiteit Leuven (KUL) for a post-doctoral period under the supervision of Prof. Verfiallie. She specialized in human pluripotent stem cell research and genome engineering using directed nucleases (ZFNs, TALENs and later CRISPR-Cas9). She worked in the creation of tools for lineage tracing during directed differentiation towards specific lineages and in in vitro modelling of human disease, among others.

In 2015, she joined BSICoS at the Aragon Institute of Engineering Research (I3A) of the University of Zaragoza as Senior Research Associate in the project MODELAGE lead by Esther Pueyo. In 2016 she was awarded an ARAID researcher position and since 2017, she is a faculty research member of the BSICoS group.

Her current research activities comprise the understanding of human cardiac aging and other cardiac conditions from in vitro modelling using iPSC and genome engineering and the integration of the experimental data in computational biology.

In vivo and in vitro cardiac aging: developing of cellular aging models Conferencia

Proceedings of the XLVII International Conference on Computing in Cardiology, Brno, Czech Republic, 2021.