The “Tercer Milenio” Awards have been recognizing the Aragonese research community for eight years, from the youngest to the most consolidated trajectories, with knowledge transfer, innovation and scientific dissemination.

The Paraninfo of the University of Zaragoza hosted the event in which the researcher Julia Ramírez García, from the BSiCoS group, received the “Young Research Talent" award for her work in biomedical signal processing.

In addition, the Government of Aragon has awarded her the Aragón Investiga Prize for Young Researchers “William Bragg" 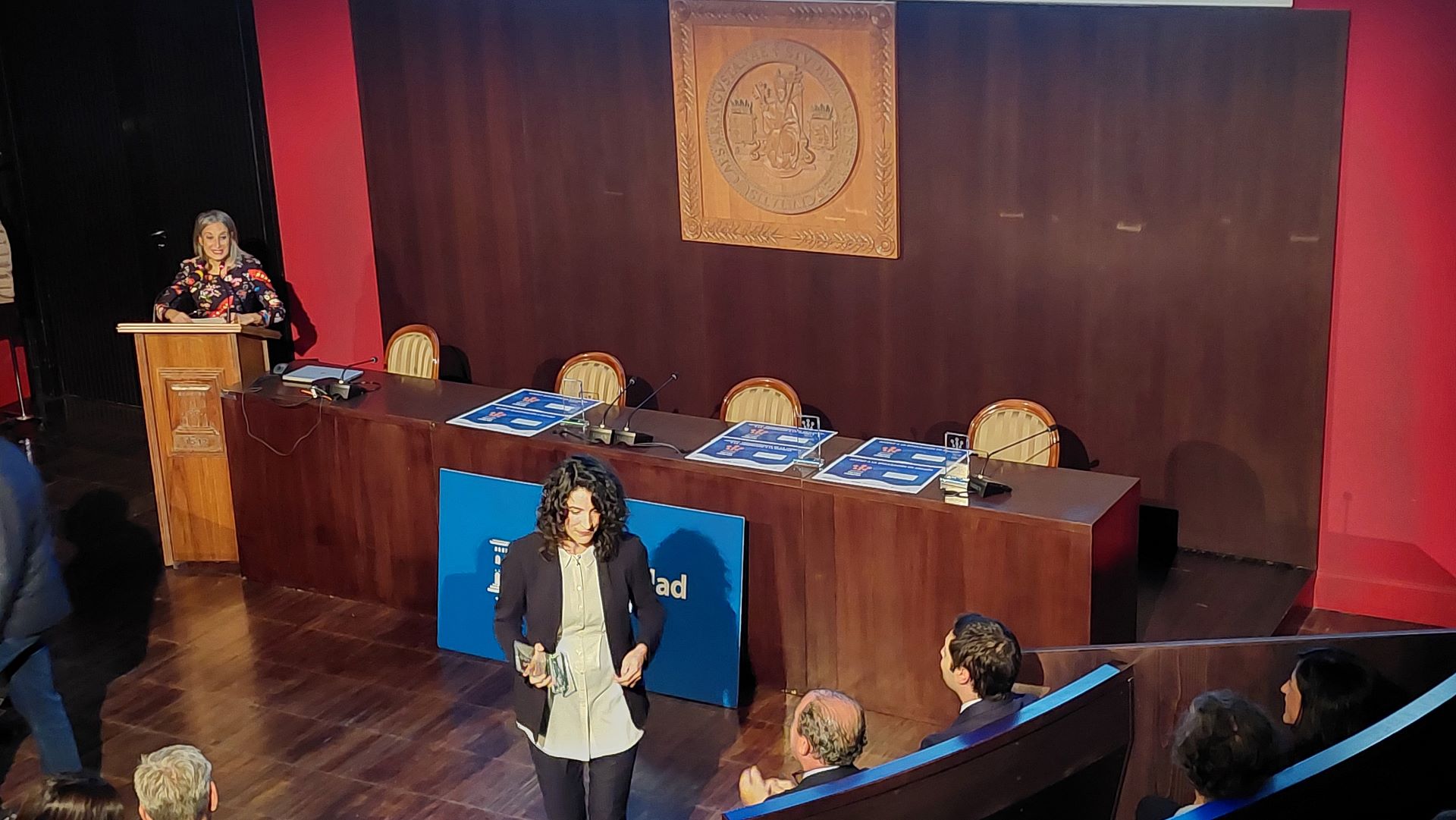 During his doctorate at the University of Zaragoza (2017), she developed a methodology to quantify morphological variations in the electrocardiogram (ECG). This quantification led to the T-wave morphology restoration (TMR) index, which was shown to be a stronger predictor of sudden cardiac death than standard clinical indices.

After her Ph.D., she moved to work at Queen Mary University of London (QMUL) in London. This was a key point in her research career because she broadened her knowledge in engineering, gaining experience in genetics and bioinformatics. During those years, she obtained two highly competitive European Postdoctoral Fellowships: a WHRI-Academy Cofund (2017) and a Marie Skłodowska-Curie (2018). In recognition of her work, in April 2020, QMUL promoted her to Lecturer in Genetics and Cardiovascular Data Science.

Since January of this year, Julia Ramírez has been in Zaragoza thanks to a María Zambrano International Talent Attraction Scholarship, giving up the highly competitive Mode 2 Talent Attraction of the Community of Madrid, which had also been granted to her. In total, the researcher from Zaragoza has contributed to her field of research with 32 peer-reviewed publications in different disciplines, including bioengineering, cardiology and genetics (13 as first author).

In her speech yesterday she was excited and recognized “being in a happy moment", for being back in Zaragoza, “being away is not always easy" and also for receiving an award for her work that always motivates her to continue forward in a career as the researcher, long and complicated. 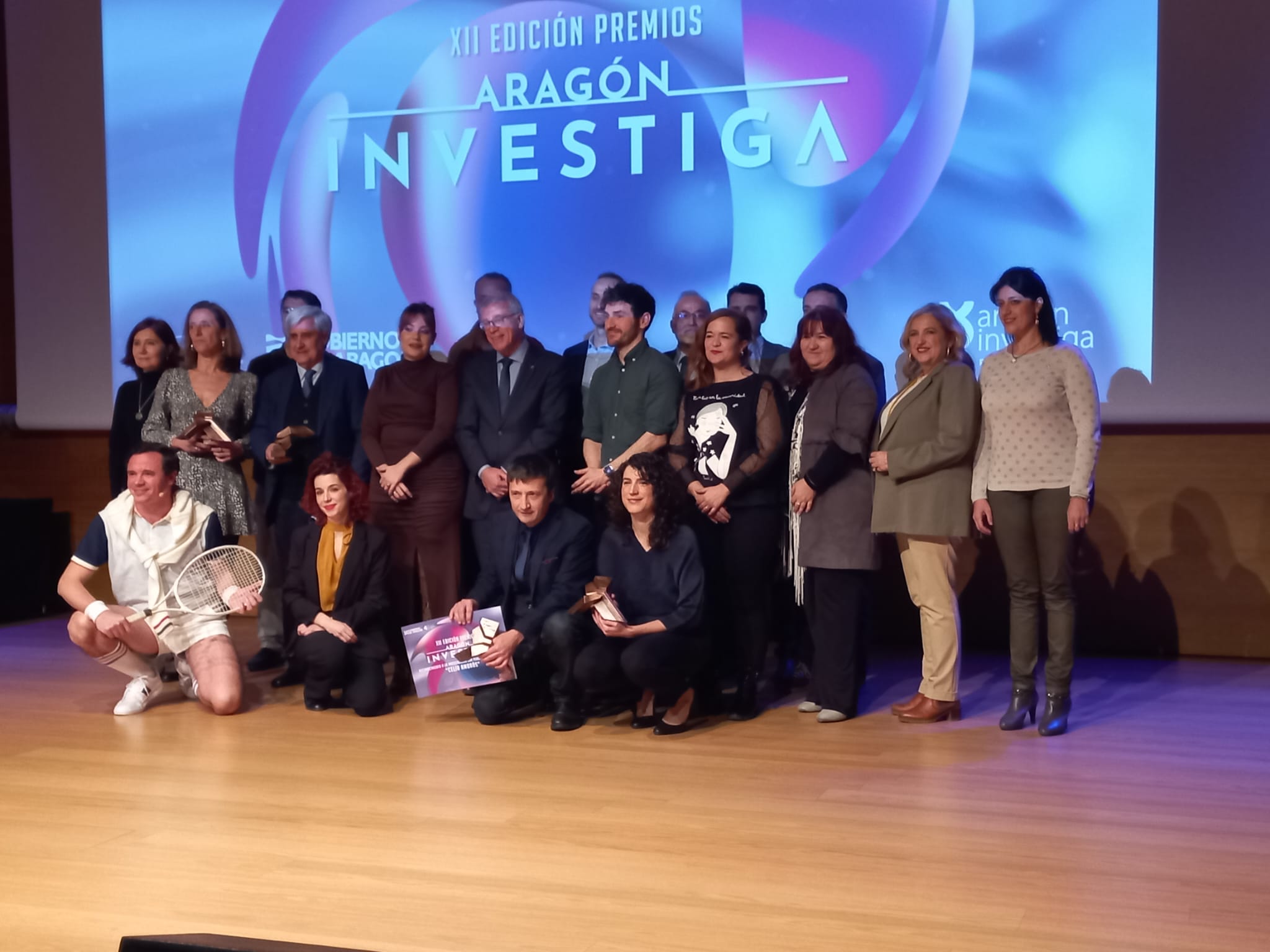 The Government of Aragon awarded the “William Brag" Award for Young Researchers in December to Julia Ramírez García, a María Zambrano researcher at the University of Zaragoza.

The Aragón Investiga Awards valued her work to extract information from the electrocardiogram (ECG) to non-invasively quantify cardiovascular risk. Subsequently, she moved to Queen Mary University of London to investigate the genetics of ECG markers and its role in cardiovascular risk assessment, being awarded the Honorary Professorship in Cardiovascular Data Science.

His research has been awarded two European postdoctoral grants (WHRI-ACADEMY COFUND International Fellowship, 2017, and Marie Skłodowska-Curie Individual Fellowship, 2018, by Marie Curie Actions, H2020, European Commission), three Young Investigator Awards (2013, 2014 and 2016), two Clinical Needs Translational Awards (2018 and 2019) and three mobility scholarships (2012, 2015 and 2016). The award was presented to him by the director of the Center for the Study of Physics of the Cosmos, Javier Cenarro.