We compared the performance of the proposed time-warping markers, together with other previously proposed [K+] markers, such as T-wave width (Tw) and T-wave slope-to-amplitude ratio (TS/A), when computed from standard ECG leads as well as from principal component analysis (PCA)-based leads. 48-hour ECG recordings and a set of hourly-collected blood samples from 29 ESRD-HD patients were acquired. Values of dw, da, dNLw , dNLa and dw,c were calculated by comparing the morphology of the mean warped T-waves (MWTWs) derived at each hour along the HD with that from a reference MWTW, measured at the end of the HD. From the same MWTWs Tw and TS/A were also extracted. Similarly, Δ[K+] was calculated as the difference between the [K+] values at each hour and the [K+] reference level at the end of the HD session.

Our findings would point at dw and dw,c as the most suitable surrogate of Δ[K+], suggesting that they could be potentially useful for non-invasive monitoring of ESRD-HD patients in hospital, as well as in ambulatory settings. Therefore, the tracking of T-wave morphology variations by means of time-warping analysis could improve continuous and remote [K+] monitoring of ESRD-HD patients and fagging risk of [K+]-related cardiovascular events. 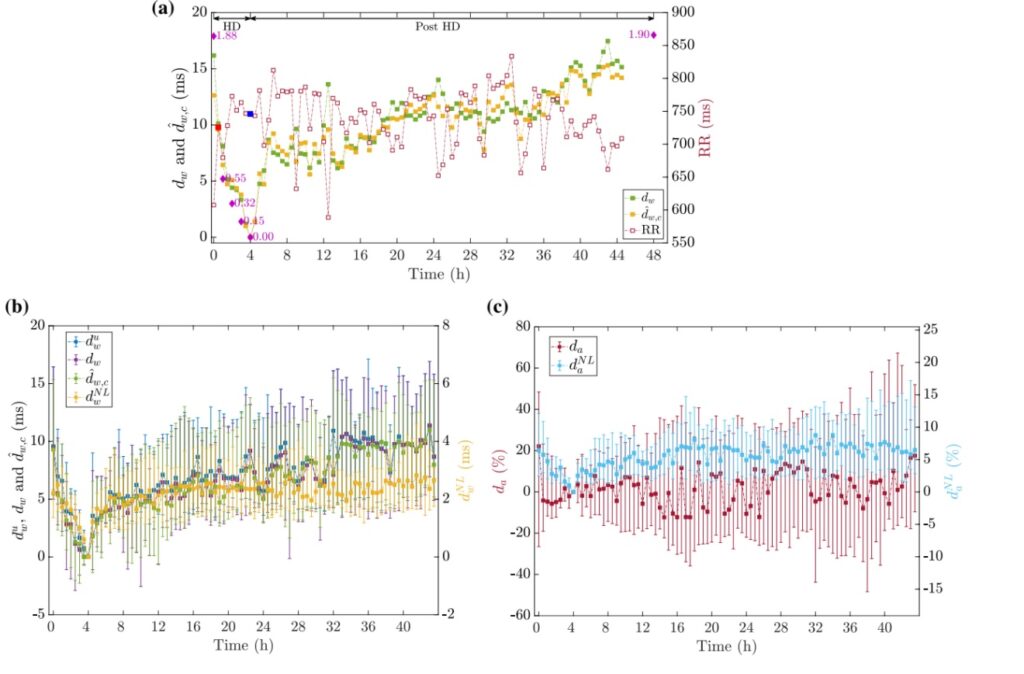